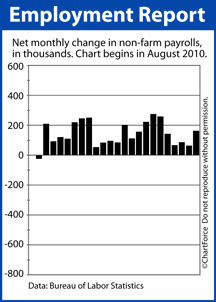 August has been a rough month for rate shoppers. Since the start of the month, mortgage rates in Phoenix have climbed steadily and are now at a 7-week high.

According to Freddie Mac’s weekly Primary Mortgage Market Survey, the 30-year fixed rate mortgage is 3.62% nationwide, on average, for homeowners willing to pay 0.6 discount points plus a full set of closing costs. 1 discount point is equal to one percent of your loan size.

These are the highest mortgage rates since Independence Day.

This week, mortgage rates may continue to move higher. There is a bevy of economic data set for publication in addition to the Federal Reserve’s release of its July/August meeting minutes. Mortgage rates are expected to get more bumpy as the week progresses.

No data will be released Monday or Tuesday. During these first two days, expect momentum and sentiment to drive markets. Lately, both have favored “higher rates”.

Then, Wednesday morning, the National Association of REALTORS® releases its July Existing Home Sales report. Strong numbers will likely lead mortgage rates higher. That is, until that day’s 2:00 PM ET release of the Fed Minutes. This will be the week’s big market-mover.

Prior to its last meeting, the FOMC had said economic stimulus would be warranted given certain conditions and Wall Street took that to mean that the Federal Reserve was close to adding new stimulus. When the Fed did not add said stimulus August 1 as expected, mortgage rates rose.

The Fed Minutes will provide insight into some of the debate the shaped the discussion/non-discussion of new stimulus and, depending on what market sees, mortgage rates may rise or fall Wednesday — perhaps by a lot.

Then, on Thursday, the government releases its New Home Sales data for July. This, too, can influence mortgage rates.

If you’re not yet locked on a mortgage, it may be prudent to lock your rate in. Mortgage rates have trended higher this month, and may continue to move in that direction.